Hypo: The Complete Story by DL Jones, narrated by JA Sterling was a little rough all around but shows promise...2 ½ stars (full review below) 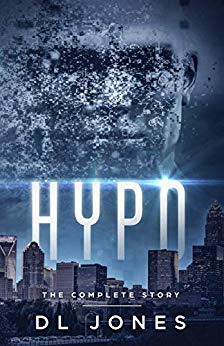 Hypo: The Complete Story by DL Jones was a bit of a struggle to get through. I wanted to give it higher rating, but it needs to be polished, so going right in the middle with 2 ½ stars.

What’s the story about? Two friends, Tre and Chauncy, get together after not seeing each other for a while. They begin using an enhancement drug from the company where Tre works. Bad things ensue. Mix in personal life problems. (The book description is pretty accurate, but be aware cheating plays a large focus.)

The good:
The idea and plot regarding the drug were intriguing. The plot twists and turns and I doubt you will see the end coming. There was some character development.

The not so good:
Two things continued to stick out throughout the book; unnecessary and repeat dialogue. It took forty minutes for the story to pick up enough for my personal liking. Need to research the little things (ex. hospital).

The narrator, JA Sterling: Not sure if he was trying too hard, new to this, or something else- whatever it was, it resulted in inconsistencies and rough transitions. There were parts that were done well (the characters) and other parts that were rough (non-characters).


Wondering if because it was initially written as a screenplay the flow isn’t quite right for a book? (Lots of “she said” or “he said” that are not needed due to the voices used by the narrator).

I believe they both have a future in writing and narration, but need to work on the fine tuning. I would be willing to listen/read again as they hone in on their craft.

Where to purchase:
Audible
Amazon
IndieBound
Where to find the author: DL Jones
Posted by Printed & Bound at 9:28 PM No comments:

Recently listened to Night at Key West (A Simon Wolfe Mystery, Book 1) by Craig A. Hart. It's a good, quick listen for those who love murder mystery with a splash of true elements to their books...(full review below) 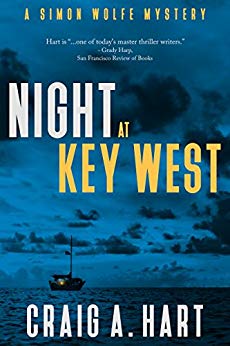 Night at Key West (A Simon Wolfe Mystery, Book 1) by Craig A. Hart overall was a good book and I do recommend, especially if you’re looking for something shorter, love Key West, or a bit of true stories woven into books. It took me a couple chapters to get into the book, but once I did, I enjoyed it.

What to expect: Simon Wolfe, a private investigator, in the Key West area is investigating a murder and living life as an inspiring writer. You’ll find the story twists in and out of the murder case and the various characters involved- at the end in the author’s note you hear about the different characters/elements of the story being based off real history, which makes you appreciate the story and research put into the story even more.

Narrator: Tom Jordan did a fabulous job! He was easy to listen to. Would and will check out other works by him.

I wish there would have been a little more backstory on certain characters and the murderer coming about happened rather quick vs. a build up. Prior to this book, I was not familiar with the author or narrator, but would have no problem checking out another book by both.

Parental guidance/Trigger warnings: swearing (god, god damn, I believe there were a couple more but managed to lose my notes when out of town so I apologize for this- when I re-listen, I will update my review to reflect), murder, drinking at bar, fight where a guy is punched, adultery, marriage problems, STD’s. Adult situations are prominent throughout the book.

Wow is what I can say to Dean F. Wilson's The Coilhunter Chronicles (Books 1-3)...It's been a long time since a steampunk book series has left me satisfied. Dean managed to change that. It's an exceptional dark ride through a world of western steampunk, so if you're down for a ride, go for it. (full review below) 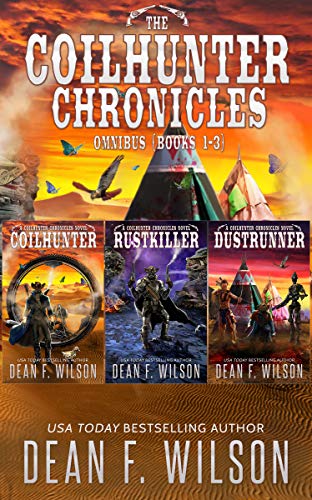 The Coilhunter Chronicles (Books 1-3) by Dean. F. Wilson is an exceptional dark ride through a world of western steampunk! Strongly recommend if you enjoy these types of books.

This series consists of three books, Coilhunter, Rustkiller and Dustrunner. All take place in the Wild North- a place with no laws or rules. Coilhunter is mainly focused on Nox finding his family's killer/s. Rustkiller involves Nox helping kids track down their parents in a place no one ventures and many steampunk elements. Dustrunner involves Nox being framed for murder and trying to clear his name while finding the killer/s. Dustrunner contains a little less steampunk elements than the previous books.

Each book is unique yet ties together nicely, whether it be the theme or characters. It's hard to pick a favorite. I enjoyed the duck, Oddcopper (wish it would have had a larger part), and the Iron gunslinger the most.

The narrator, R. C. Bray, is marvelous. He hits the characters dead on and is a perfect fit for this series.

These are the steampunk books I've been waiting for. I haven’t been fully satisfied with a steampunk book for a while and this has changed that. I can’t recommend it enough. Ended up buying the ebook series as well as it will be a repeat listen/read.

Older reviews mention inaccuracy with shot gun shells and grammar, those have been corrected.

Parental advisory/trigger warnings: hell, damn are occasionally used (no s or f words), death, weapons-mainly guns, fighting, deaths by fire, loss of family (spouse and children), prostitution, drinking, burn victim, people being sold and forced to work as slaves in mines, parents abandoning their children (I’ll leave it at that due to spoilers). There are no laws in the Wild North, which result in violence and death on many levels.

If I had any critique for the author/book, it would be to infuse more of Nox’s toys into the last book.

*I was given a free review copy of the audiobook at my request and have voluntarily left this review. Thank you for allowing me to listen and review the book!
Where to purchase:
Audible
Amazon
IndieBound (first book only)

Where to find the author Dean F. Wilson

Jessica's new addition to the Dragon Riders of Elantia was just released. Fantastic addition- good luck putting this book down! Lessie's looking fierce on the cover! (Full review below) 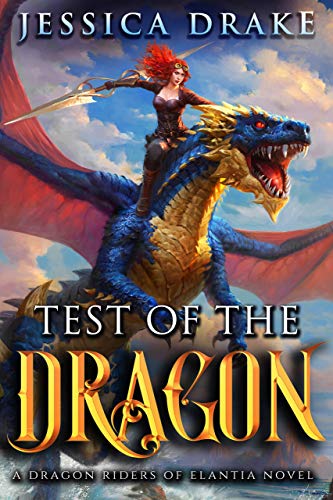 Test of the Dragon (A Dragon Riders of Elantia Novel) by Jessica Drake is another great addition to the series. If you’ve enjoyed the previous books, this one is a must!

I enjoyed this addition more than the last one. There is more action, new characters, and the story flows well resulting in you not wanting to put it down.

Things to expect: war strategy/talk, a good amount of new characters (orphans, pirates, Gods, tribes), new quests, new enemies/friends, discovery of family, new places, Lessie’s snark, continuation of the dragon heart search, previous characters, and so on. And well...the ending (not saying other than a cliffhanger).

I definitely recommend if you have enjoyed the previous books.

Where to purchase:
Amazon

Where to find Jessica
Posted by Printed & Bound at 8:32 PM No comments:

Email ThisBlogThis!Share to TwitterShare to FacebookShare to Pinterest
Labels: A Dragon Riders of Elantia Novel, action, Dragons, Jessica Drake, Test of the Dragon 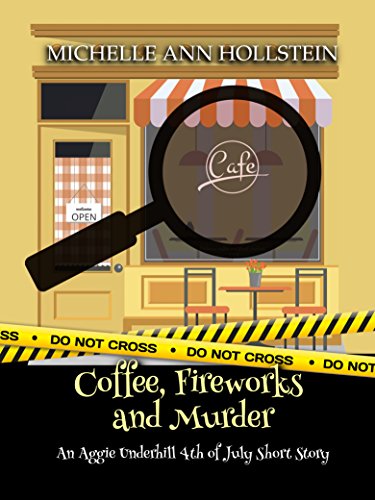 Overall, I recommend it, especially if you’re looking for something short with a bit of humor. I was not familiar with Aggie’s world prior to this, but had no problem getting dropped into the middle. The narrator, Adam Schulmerich, was perfect!

Although this is not my typical read/listen, I will definitely be checking out the other Aggie Underhill books.

If you go in knowing this is a short story and take it as that, you will enjoy it.

Parental guidance/trigger warnings: due to this being a short story and not wanting to give it away- since it’s a murder mystery, you put the clues together of what could possibly happen in a murder mystery.

*I was given this free review copy audiobook at my request and have voluntarily left this review. Thank you for allowing me to listen and review the book!

Where to find the author: Michelle Hollstein
Posted by Printed & Bound at 6:25 PM No comments: