Hold Me Closer, Necromancer and Necromancing the Stone by Lish McBride

Hold Me Closer, Necromancer (in Elton John’s voice, go on, sing it, you know you want to) and Necromancing the Stone by Lish McBride were fantastic...don’t let these books slip through the cracks. A definite must listen! (Full reviews below) 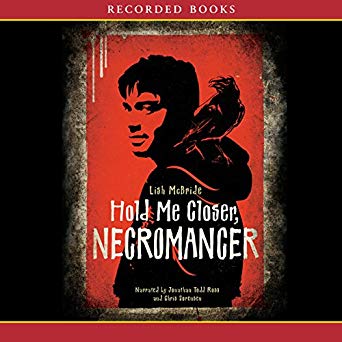 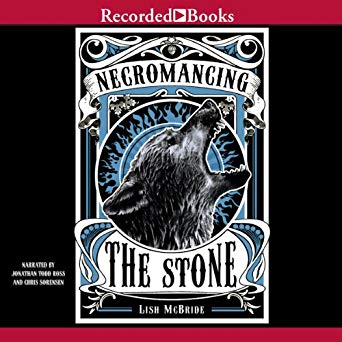 Hold Me Closer, Necromancer and Necromancing the Stone by Lish McBride took me by surprise. It was one of those series I had in my wish list for a couple months, bought it on sale, and I’m kicking myself for not listening to/discovering it sooner. It’s a book series that you shouldn’t let slip through the cracks. Another review states it’s ridiculous the first book has any ratings under five stars and clearly the other people are wrong- I agree with this 100%. I hadn’t planned on writing a review on this book as it was going to be one of my casual listens, but promptly changed my mind as I could not put this series down.

What to expect (for both books): necromancy, evil and good characters, sarcastic humor, development of powers, witches, close friendships, fae, shifters, different worlds, a Goddess, strong female love interest (not in an annoying way), a detective, fight scenes, emotion (don’t want give spoilers but people close to Sam die), garden gnomes, ghosts, blood magic, and more. Yeah most things are predictable, but some are not. It’s fast-paced and contains darker themes. The chapters are told through different view points- I didn’t have any issue figuring out who was who and at times couldn’t wait for each character to have their turn.

The narrators, Jonathan Todd Ross and Chris Sorensen, helped to make these books special and I’d highly recommend the audiobook.


(minimal spoilers below, you’ve been warned)

With the first book, Sam accidentally discovers he’s a necromancer, from there he enters the world of paranormal and has little choice in the fallout that follows. He makes new friends and enemies. I thought character development was great all around. You get to see Sam (and others) go from a normal person to someone with developing/evolving powers.

The second book takes place after Douglas’s death, or what we thought was Douglas’s death. Similar to the first book in regards to powers, adjusting to new life of necromancy and relationships, Sam continues on as best as he can. He has now inherited Douglas’s estate, a spot on the council, and Brid and his relationship has some complications for reasons I won’t give due to major spoilers. It’s a great continuation of the series.

I couldn’t get Elton John’s voice singing Hold Me Closer, Necromancer out of my head...the song lyrics added amusement to the beginning of each chapter.

Overall, I recommend it. If you appreciate this type of humor you, will love the book. I cannot wait for additional books to come out.

Parental guidance/trigger warnings: severed head (that talks), locking people in a cage in a basement, assault multiple times (beating up), family problems (absent father, lies told to the children when they were younger, dealing with those lies and the after-effects as adults), experiments on paranormal people, death (via knife and other ways such as fighting), physical fighting, sex (not told in detail but indicated and unprotected sex), bringing people back to life (sometimes speaking to them or using them for the evil guys needs- the main character helps to off set this by attempting to good things with those who are brought back), some swearing. It’s possible I’m missing some things as I had not planned to review this book as stated above so I apologize for any thing I missed. This is a darker story and definitely not for the kiddos or faint of heart.

Where to find the author: Lish McBride

Where to find the narrators: Jonathan Todd Ross and Chris Sorensen
Posted by Printed & Bound at 4:24 PM