An Angel on Her Shoulder by Dan Alatorre and narrated by David Bosco is a captivating paranormal tale with religious undertones. It has a Supernatural-esque feel to it. (full review below) 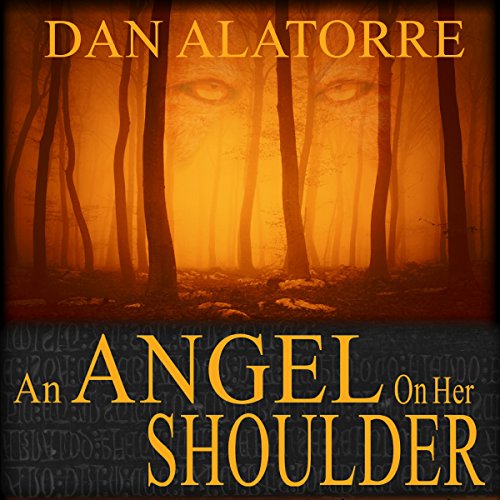 An Angel on Her Shoulder by Dan Alatorre and narrated by David Bosco is a captivating paranormal tale with religious undertones. It has a Supernatural-esque feel to it, so if you are a fan of that show, give this a try.

The narrator, David Bosco, was exceptional as usual! I’ve made it clear in previous reviews I am a fan of his narration and look forward to his future books and how he progresses as a narrator. David enunciates well and has an easy to follow pace. I highly recommend him.

What to expect: Doug and his family (wife Mallory & daughter Sophie) have odd/scary things happen to them at the same time every year (I won’t go into specifics due to spoilers). There is a creepiness to it, but not a jump out of your seat type. Friendships, family, the unknown, clairvoyance, religion, and general life events/outings are present throughout. The book has a slower build- stick with it and I doubt you will be disappointed. The story is told between the past and present time (I had no problems with the changing back and forth as it’s very clear when it changes).

Despite the religious aspect, it was not preachy. It may or may not have you thinking/questioning the “what ifs” that have happened in your life. I really enjoyed the parts when Doug was a kid (at times it added humor to the story). I wish some of the characters would have came along sooner (Tyree).


A couple things I didn’t care for:
1) The emotional annoying wife cliché. Maybe if she had some character development I’d feel different? Or played a larger role at the end? Whatever the reason, she didn’t sit well with me.
2) There were a couple parts I wish had a little more to them.

I would listen to another book if a sequel was in the works. Overall, I recommend, especially if you enjoy paranormal religious themes.

Parental guidance/trigger warnings: religion (Christianity, angels, demons), suicide of mother and her baby via train, voodoo, Hitler talk (killing him hypothetically via a game kids made up), kid sees murders or attempted murder, someone is injured from a automobile, adults drinking (not in excess). It’s possible I missed some as once I got into the story, it was difficult to remember to write stuff down.
Words: S-word x4, F-word x2, h3llx24, crap x9, damn x21.

Where to find the author: Dan Alatorre